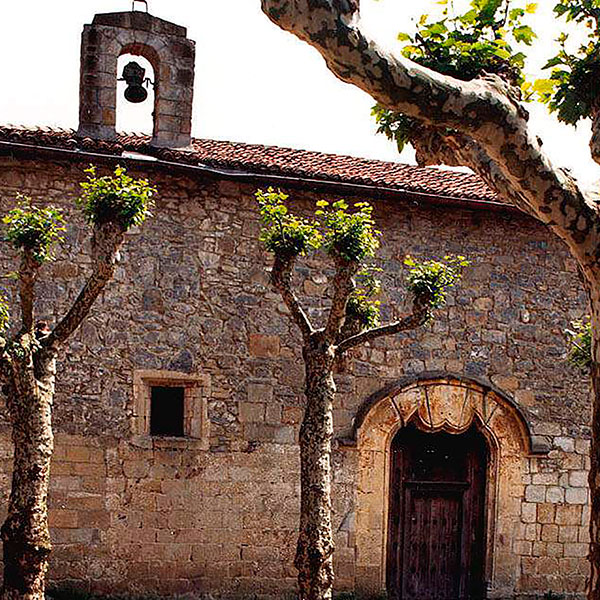 The necropolis or cemetery of Oiasso was located inside the medieval chapel of Santa Elena. Urns with ashes have been found along with funerary offerings such as ceramic pots, acus crinalis (or bone needles for adorning hair) and fibulas. The necropolis houses collections of outstanding objects that speak of the standard of living of its occupants, very much in tune with the urban environments of the Roman cities on the Atlantic coast.

Along with burial sites, the foundations of two buildings, believed to be mausoleums, have also been located. The larger of the two was reused in the 10th century by Guillermo Sancho, Duke of Aquitaine, as a Christian temple and incorporated an altar. The current chapel demonstrates this space is still used for religious purposes today.

The Oiasso Museum opened in 2006 to exhibit the most significant archaeological remains from the Roman period recovered in the area during the excavations of recent decades.

The TIR App proposes a route on foot to wander through the streets of Irun to discover the ancient Roman town of Oiasso which is underground below the feet of those who visit.

‘Roma Atlantiaca’, the Network of Atlantic Roman Cities, is an association of towns located on or near the Atlantic seaboard that share a common Roman past. Its purpose is to give visitors a chance to learn more about this special cultural heritage.