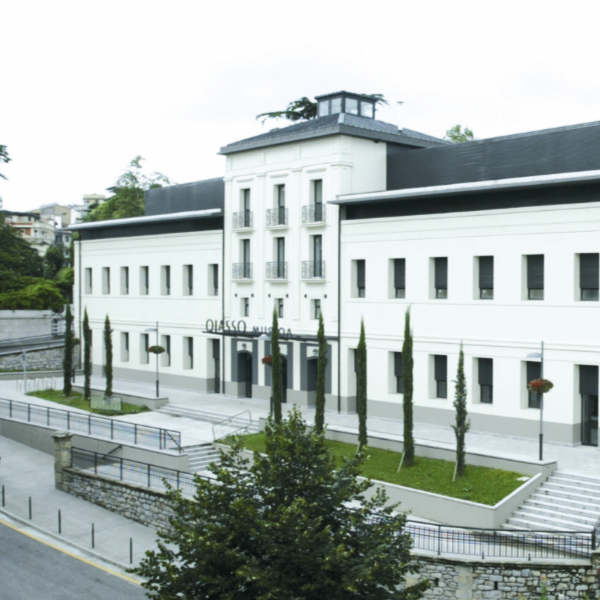 The Museum is the gateway to the Roman city of Oiasso. From here the Roman Train departs, taking visitors to the Santa Elena necropolis and the Irugurutzeta mines. The Roman settlement of Oiasso is hidden beneath present day Irun. Located at the mouth of the Bidasoa River, on the border between Hispania and Aquitaine, Oiasso was in ancient times the port city of the Basques. During the Roman Empire it became an important trade and communications centre in the north of Hispania, belonging to the province of Tarraconensis.

The Oiasso Museum opened in 2006 to exhibit the most significant archaeological remains from the Roman period recovered in the area during the excavations of recent decades. Archaeological digs have identified the port and its warehouses, the baths, a necropolis and mines.

The collections are organized in three rooms: Impact, Port and Oiasso. The Impact Room presents the indigenous Vascon world and the first contacts between it and the Roman colonizers. In the Port room, the showcases contain archaeological materials that tell us about trade and fishing, the two main economic activities associated with the port. Finally, the Oiasso room provides information about day-to-day aspects of a Roman city from the Early Imperial period: diet, clothing, writing, leisure or religion.

In the Roman world thermal baths were baths with rooms with water at different temperatures. They also served as a place for physical exercise and leisure.

The public baths of Oiasso were located and excavated in the back garden of the museum and are awaiting incorporation into the museum. During excavation three rooms were identified with a hypocaust heating system consisting of a hollow floor through which hot air circulated.

The largest room, the frigidarium or cold-water room, still has the opus spicatum floor, with bricks laid in the shape of a herringbone. Today, its layout and appearance is easy to understood thanks to a virtual reconstruction in augmented reality.

The collection that contains artefacts made of leather and wood reflects the existence of a developed  urban settlement dating from the first centuries of our era thanks to the activity of its port, located on the Atlantic route, and the mines nearby.

On the site of St Helen’s Chapel (Ermita de Santa Elena) the remains of a 1st century Roman in antis temple have been found, along with vestiges of an indigenous necropolis.