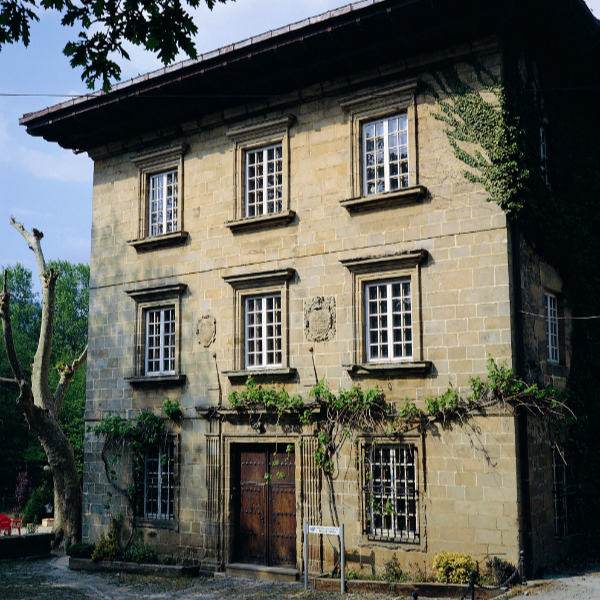 Urdanibia Palace was building in 1612 by an Italian architect, working at the behest of Sebastián de Urdanibia, who wished to build his palace on the site of an old tower-house.

The Renaissance building has an ashlar stone façade containing two coats of arms, one of which belongs to the Aranzate family. The coat of arms depicts a tower in flames, in memory of the victory won by the Gipuzkoan people against the French in 1476.

During this battle, the French took refuge in Aranzate Tower, which stood in what is today San Juan Harria square. The owner of the tower, Pedro de Urdanibia, set fire to the building, thus causing the death of 120 French soldiers. In addition to the palace itself, which has been declared a Provincial Historic-Artistic Monument, the ironworks and mill are also of interest.