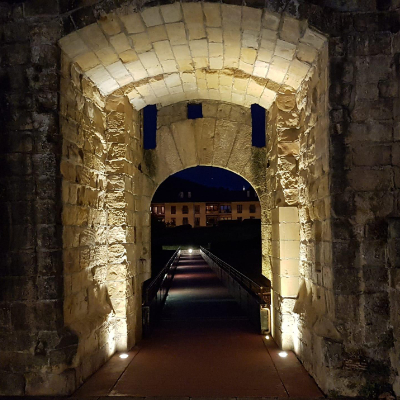 The exterior gate is from the 16th century, it had a bridge that could be partially drawn while the other part was solid in order to cover the distance between the gate and the moat. The footbridge has been recently renovated, making it today one of the most prac- tical accesses to enter the ancient burg.

At the back is Saint Nicholas’ ravelin, outwork that defended the gate, recently renovated. The interior gate, remains from a previous gate, Gothic, is part of the City’s medieval wall. This is where the street of San Nicolás ends, which comes down from the Plaza de Armas.