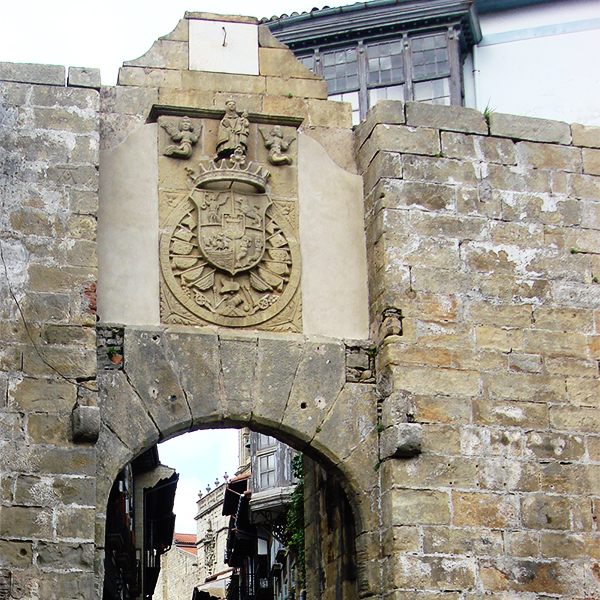 It is one of the two main en- trances into the City. It was made up of various elements, such as a drawbridge, guard corps and even a chapel.

The only thing left is this simple arch that on the interior still conserves the door’s hinges. Over the arch is the City’s coat of arms, from 1694. To the left, the Cubo de Santa María (Santa Maria Turret) from the 16th century.