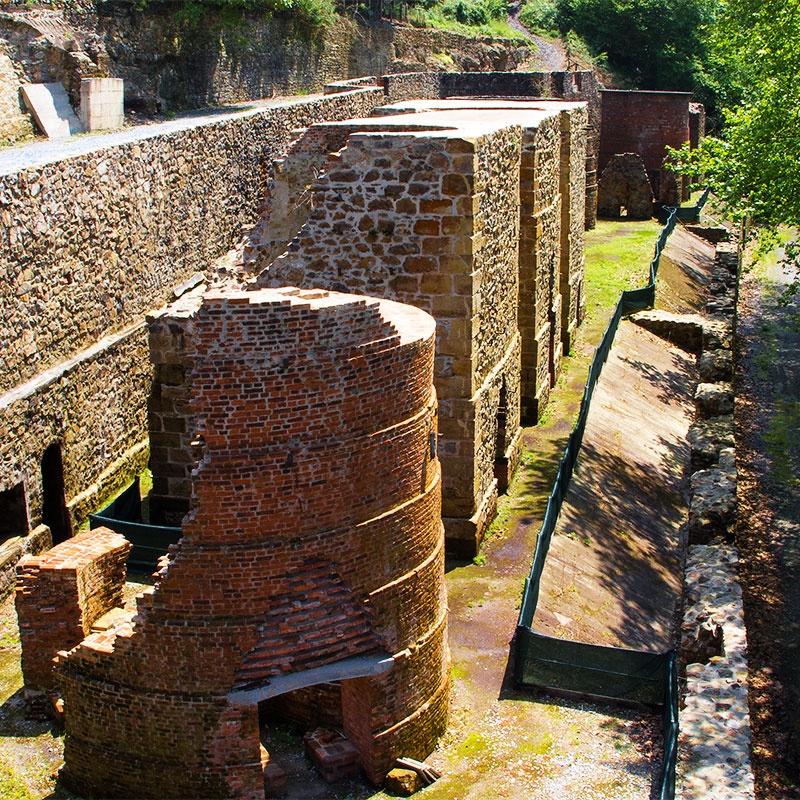 Aiako Harria has been an important mining area since the Iron Age, when the Romans extracted minerals from the mining enclaves of this area. Ore extraction continued throughout the Middle Ages into the Modern age and well into contemporary times. From the 19th century, and mainly at the beginning of the 20th century onwards, greatest mining activity took place in the Irun Mountains. Although iron oxide was initially extracted, when this ran out, furnaces were built to make iron carbonate.

The Irugurutzeta site has the largest number of furnaces in Gipuzkoa and is one of the most important in the Basque Country. Experts consider it a historical monument and one of the best examples of industrial heritage in our territory. Originally there would have been eleven furnaces, but only nine remain.

Despite their external differences, they all had the same function and characteristics: an enormous calcination chamber with an upper feed and lower outlets for unloading.

After calcination, iron ores would be loaded onto wagons and taken to Kostorbe station in the Mendibil district of Irun. From there, they were transported to Hendaye (for subsequent export to other areas of France, such as Bayonne or the Landes, and even to other countries such as Belgium, Germany or England) and to the ports of Pasaia and Bilbao to be their final destination and use in blast furnaces

Enjoy the past with the new Irugurutzeta App

The TIR App proposes a route on foot to wander through the streets of Irun to discover the ancient Roman town of Oiasso which is underground below the feet of those who visit.

About the app
Download on Play Store
DISCOVER HONDARRIBIA AND IRUN